Silence in Jezreel, or “Song of the Emek”, was composed in 1934, to  romanticize the first, large Jewish settlement project, following the Balfour Declaration. This “Redemption” i.e. purchase of the land, was blessed by the British Mandate, which then still acted in accordance to the promises of the Declaration. It was a watershed With the start of construction, new archaeological discoveries showing showing the ancient Jewish presence in the Valley, fired up the settlers’ imagination.

I chose to tell our narrative of continuity and Zionism, as a travel scroll, passing through the string of valleys, from the Jordan to Haifa Bay. Icons from the 6th cent. synagogue mosaic at Bet Alpha are central to the work. 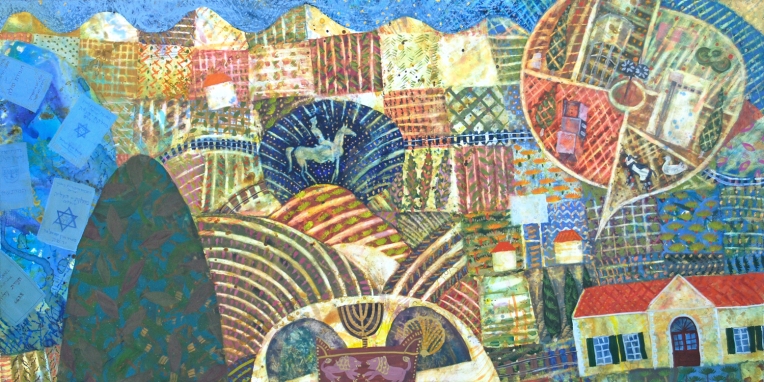 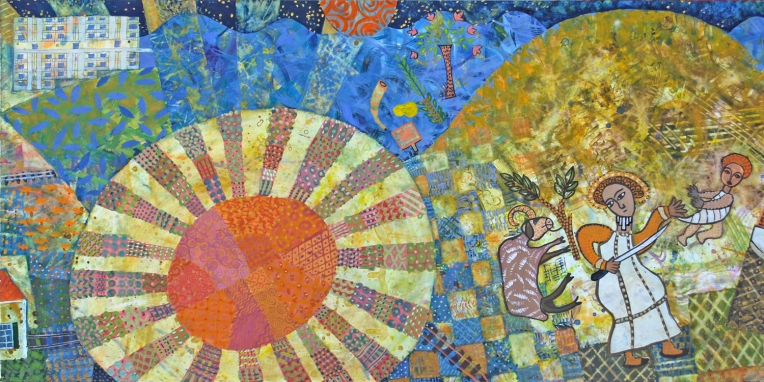