Creating a single painting composed of several small panels, is an ancient tradition. Sometimes the multiple panels answered supply constraints, and sometimes they eased transport. (Both true with me.) If desired, the panels can be opened and closed as a book or screen. (I never tried that, but maybe I shall?)

The artistic challenge is to create a single cohesive composition, in which each panel also works a an independent painting.

I enjoy that challenge.

I first visited Israel when I was 15. Back then in my pre-history, much of the highway to Jerusalem was a winding, 2 lane affair. The road progressed gently upwards. Then, without warning, it hits a wall of steep mountains. From there, it crawls along the bottom of a deep, winding ravine: Bab El Wad in Arabic, Shaar Hagai in Hebrew – the “Gate of the Ravine”.

A perfect place for an ambush. 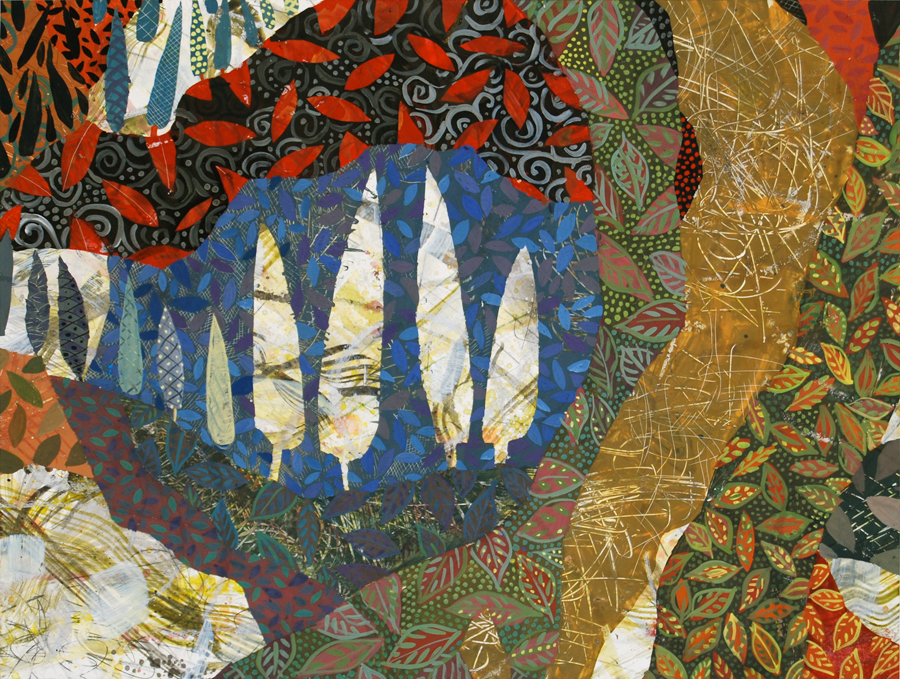 I was eager for that climb. In 1971, the roadside was still littered with burnt out, trucks with home made armor, attacked while carrying food during the Siege of Jerusalem in 1948. Cypress and pine trees had since been planted on the hill terraces dating form the Second Temple era, 2000 years ago.

Every few meters the road twisted, and offered a new vista. Mostly of the narrow valley. Occasionally glimpses towards the parallel ridges and valleys, all climbing up to the City of Gold. And then more twisted, rusting, bullet ridden reminders of the battles to bring food to Jerusalem.
Many years later, I was to learn that my in-laws first met during that siege, on line for drinking water. She was 6. He was 9, and a refugee whose home was destroyed by the Jordanian Army attacked his housing project. His first grade teacher had been on the roof with a machine gun, covering the dozens of families, as they fled under fire.

Hockney painted a series depicting the experience of driving through the hills above Los Angeles. The idea of capturing an ever changing landscape in a still image, appeals to me. The idea of capturing time in two dimensions, is a a pleasing oxymoron. And I want to recapture my wonderment of age 15, when all was so new and romantic for me.