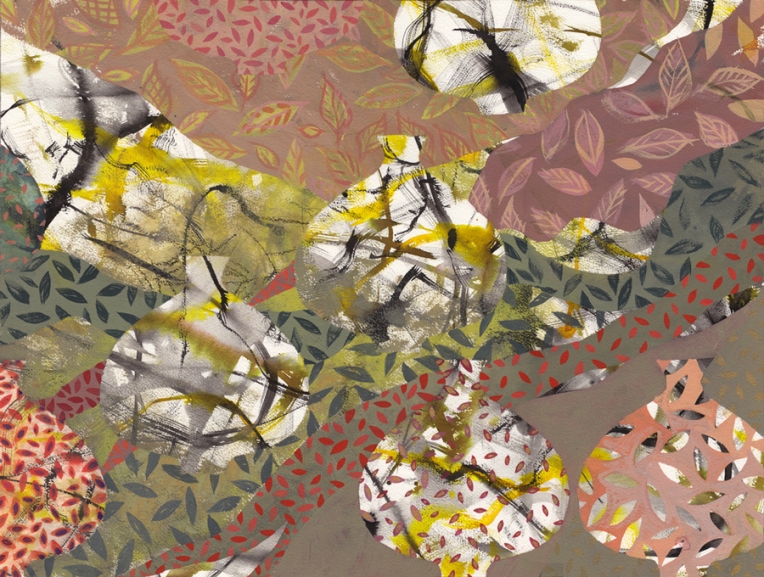 Enigma captures our mind and holds on to our glance.

Sometimes this enigma is purely visual. Our mind strives to make logic out of an image that defies rules. 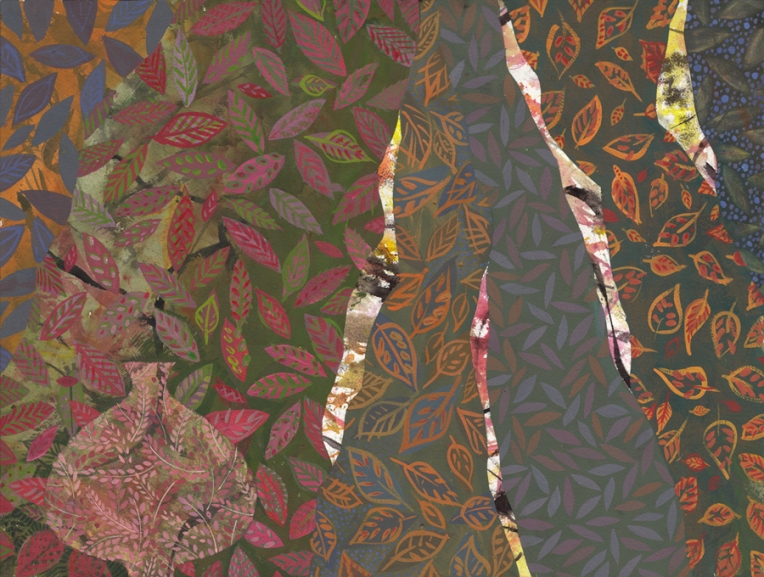 Our mind does not like being left in limbo.

It wants clear interpretations of the image conveyed by our eyes.
But our mind also likes a good challenge, a fun puzzle to put together. Sometimes we enjoy this chaotic jumble of little pieces, and the game of putting that picture together. 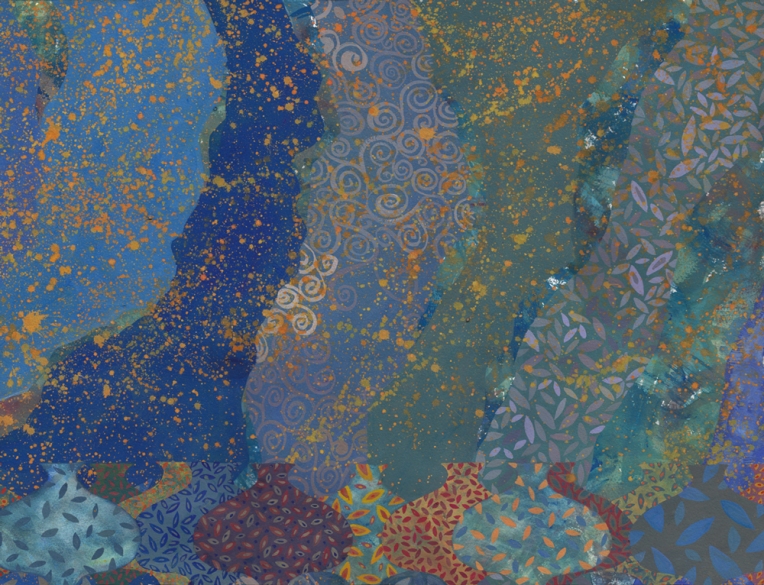 And sometimes the enigma is emotional. 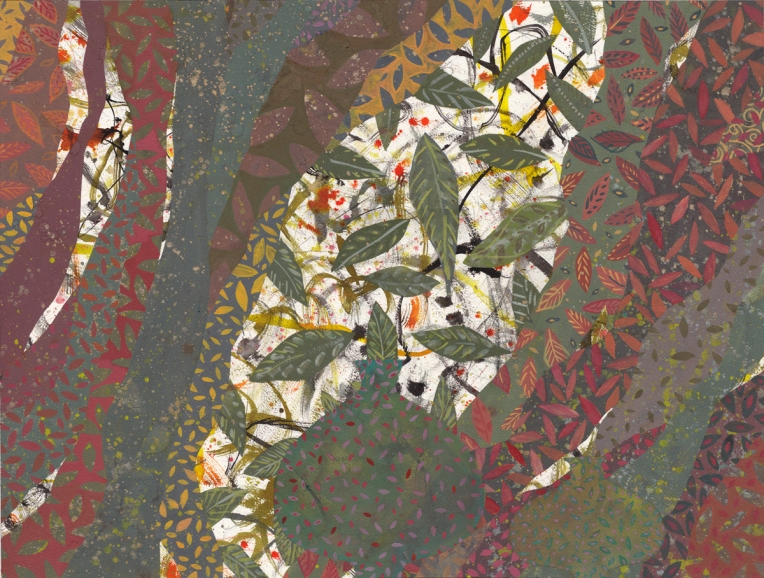 Now about those Persian flasks:

In September 2015, I visited the Museum of Islamic Art in Jerusalem, after years of absence. Cabinets were filled with elegant glass flasks from the Sassanian and early Islamic periods in Iran.
Perhaps the bigger flasks were for wine (Allah forbid) and dainty ones for rose water?
Why had I stayed away from that lovely museum for so long? 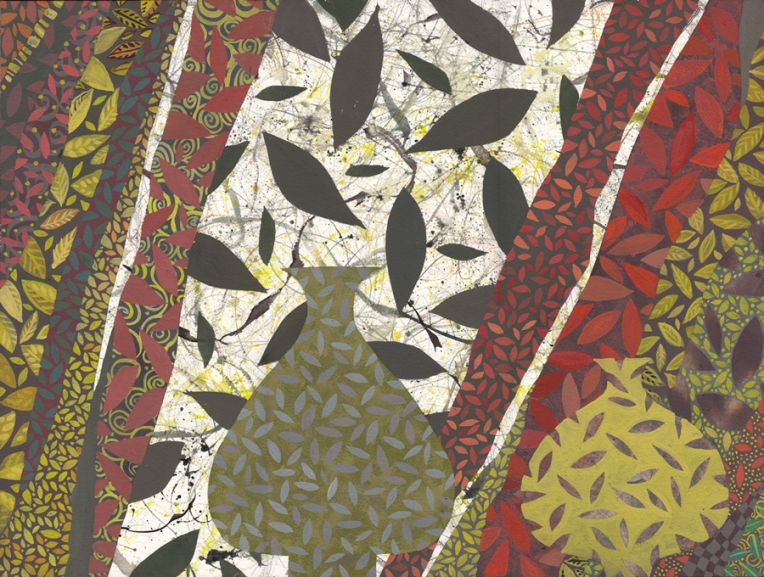 Da’esh was already chopping off heads in our neighborhood. I was terrified by the apathy with which they were initially greeted.
I was worried how the Iranians, heirs to a civilization of great aesthetic gentleness, were galloping on, towards their bomb.
Yet it seems that Westerners were more appalled by Assyrian statues being beheaded. They were all too enthusiastic and naive, while overpaying tourist prices at the Isfahan bazaar. 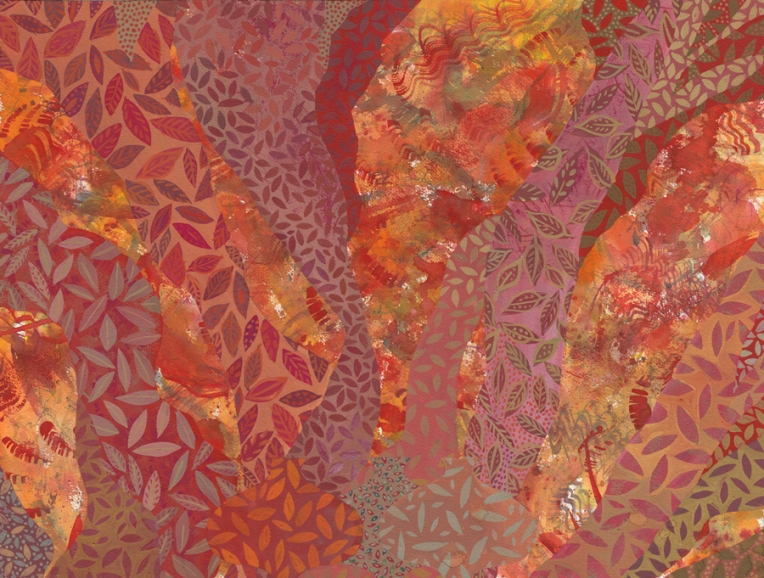 Is my orange painting joyful?

Or is it a treasure hunt, a search for the gentle beauty, hidden among the flames and pyromaniacs of my Middle Eastern “neighborhood”? 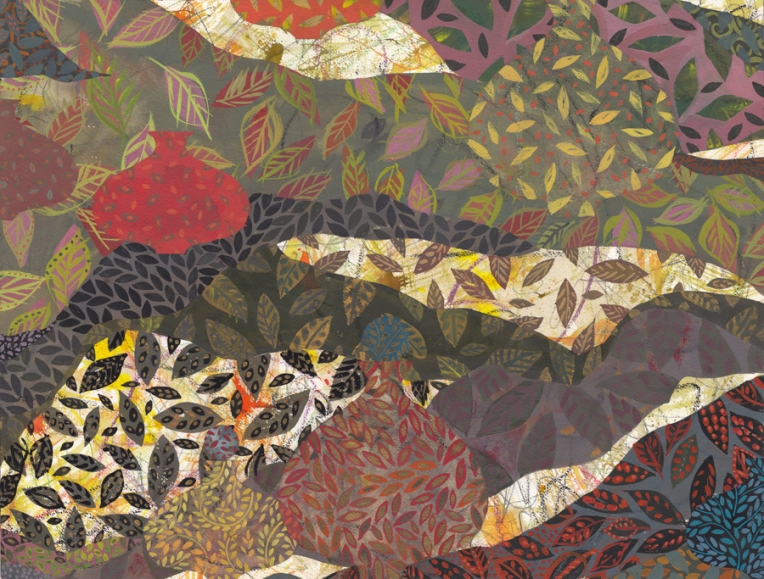 In my late teens I discovered the Islamic Art section at the Metropolitan, and fell in love. The richness of pattern, the delicacy, and the mathematical orderliness, all enchanted me. And then I encountered the elegance and emotions of classical Persian music. 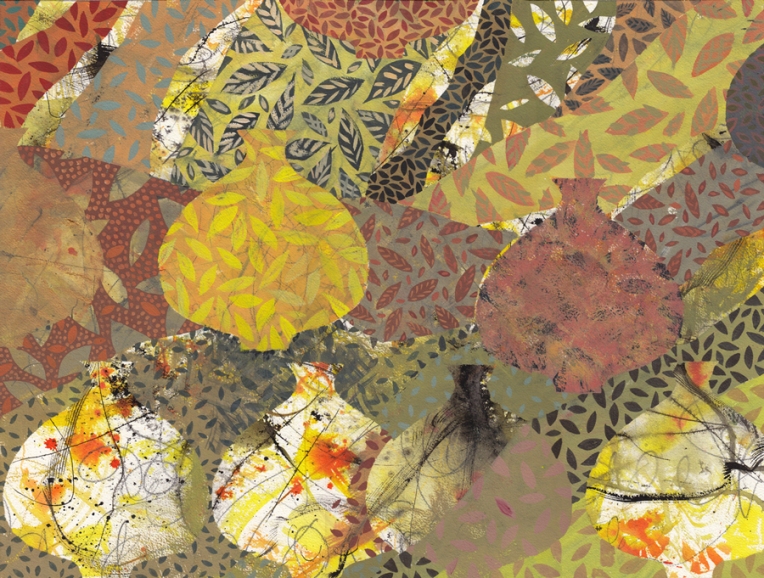 In recent years, the violence and the wars of “honor” have made me ambivalent towards this civilization.
But honestly, is the track record of European civilization any better?
Certainly not. 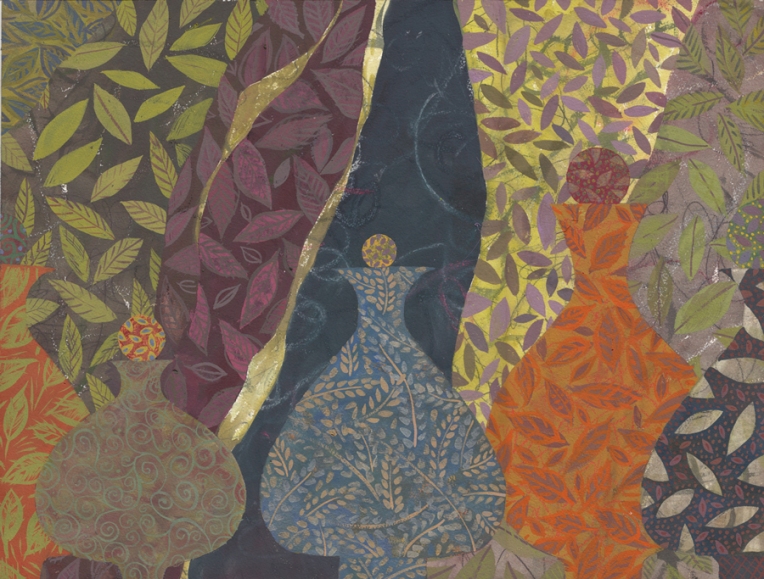 So how do I feel about this sister culture? About our brother monotheists? About my artistic cousins?

Chaotic winds of uncertainty are the starting point and the undercoat of each of painting in this series.
Storm winds tear off the green leaves, and then let the flutter down in a gentle rain. The Persian flasks pirouette like plump ballerinas.

I am angry and not willing to be naive. Yet I strive to rediscover the beauty and civility, hidden in this enigmatic part of the globe.