Bohemia and Moravia once had the densest Jewish population in Europe. Jews were prohibited from living in the same municipality as Christians, and separate Jewish towns and villages were created, usually cordoned off by a stream or wall.

Other than Prague, which also had its own famous parallel Jewish town, Jews were not allowed to live in or near any other cities. 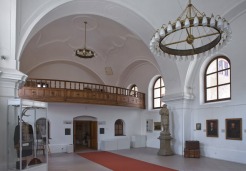 Discrimination reached a new peak under the Austrian Empress Maria Theresa. “Familiant” laws were introduced, restricting the number of Jewish households in each locality, and in the country as a whole. Accordingly, only one son per family was permitted to marry. Any secret “attic” weddings among younger siblings were unrecognized and illegal. Their children were considered to be illegitimate, and forced to emigrate at age 14. The mothers were sent to forced road construction as punishment for “wanton” behavior.

The Jewish population froze, and was forced to remained scattered in a vast number of tiny communities. Their physical reminders can still be found today in almost every townlet in the country.- such as this synagogue building. During the 19th century, these residence restrictions were gradually lifted. Most Jews moved to the cities. Many rural synagogues closed.

By the 1930s only 30 Jews were left in the Lomnice. The last sign of Jewish life is in a grave, from shortly before their deportation to Terezin, and onwards to death. 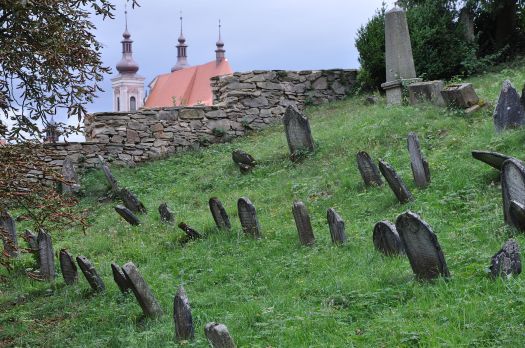 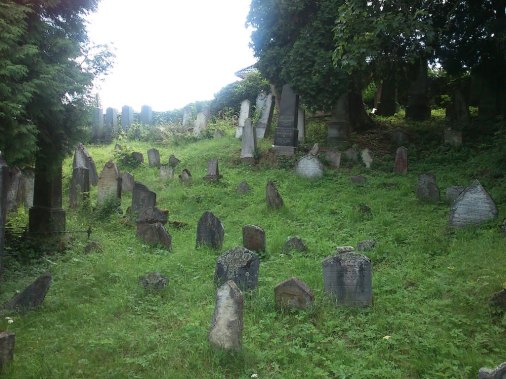 Jewish cemeteries were mandated to be built “over the hill” and out of the sight from Christian homes. The beautiful cemetery dating from the 17th century is well preserved, as are many old homes in the ghetto. The synagogue was used as a warehouse, but has been restored, and now serves as a cultural center and wedding venue.